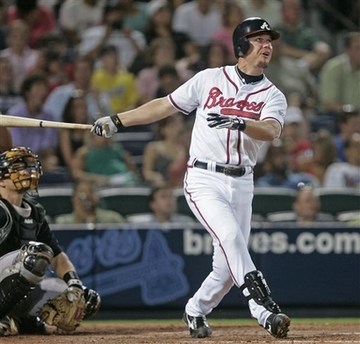 Over the last few years, as Bill James‘ sabermetrics followers have had increasing influence across Major League Baseball, virtually running teams like the Arizona Diamondbacks (hmmm, how’s that working out?), a new measure of player value has emerged. 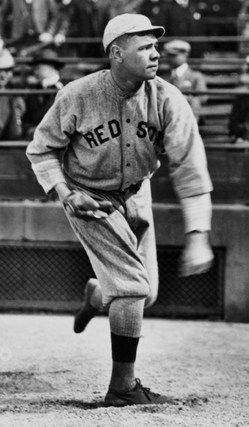 Wins Above Replacement. W.A.R. The math behind WAR is daunting and is constantly changing. It incorporates every conceivable baseball stat available and then some – for the last couple of years, the new brand of stat gurus have even incorporated where balls in play land (witness the fact that the Dodgers were recently banned from using laser pointers in Citifield during games against the Mets.)

It doesn’t help that the formula for WAR is constantly changing. If you don’t pay attention and took a casual look at BaseballReference.com every once in a while you might think that Babe Ruth, the all-time WAR leader in baseball history (remember, he was the best left-handed pitcher in the American League before he was, well,, Babe Ruth), had somehow lost effectiveness over the last couple of years.

Despite its inherent complexity and opaqueness, WAR is grounded in a pretty great concept – the value of a player compared to an ‘average’ player at the same position. Or, to sort of quote the stats guys, ‘how much better is a major leaguer than the guy who would replace him on the roster if he got hurt or retired?’ It’s measured in games, as in ‘how many more wins did Babe Ruth account for over an average player’.

In Ruth’s case, it’s enormous. In 1923, for instance, Ruth accounted for 14 wins. In a 152 game season, that’s incredible – the Yankees won 98 games that year, according to WAR they would have been an 84 win team without him and not the World Series Champs.

It’s all a little confusing until you get used to the idea of what WAR represents. Being better than the average. The regular. The guy holding the spot until a star comes along. The proverbial journeyman player.

So, why am I writing about this in what is ostensibly a law blog? Like Major League Baseball, law is a field where, once you get in via law school and the Bar exam, everyone is assumed to be competent. You can be as ticked off as you want when your favorite team loses a game in the bottom of the tenth because a utility infielder drops a pop-up but you have to admit, no matter what, that he’s one of the top 750 baseball players in the world. At least that night.

Everyone who graduates law school and survives the Bar exam to get licensed to practice is presumed, like MLB players, to be competent. Unlike MLB players and members of other professions, like doctors, attorneys can practice in any area they want at any time.

That lawyer is the baseline that AWAR (Attorney Wins Against Replacement) should be measured. That lawyer has a WAR of 0.0. (By the way, WAR can be negative, meaning someone actually cost his team wins, so …).

SO, about my AWAR. I work solely in mediation, divorce, custody. That’s it. I’ve been doing it for a while, I’m good at it. I know the judges, the mediators, the other attorneys. I’ve seen and handled almost every conceivable scenario within this realm. If an attorney wandering into divorce, custody, mediation, is a 0.0, I’m at least a 4.42. I mean, there are no Babe Ruths anymore.

Where’s a 4.42 WAR/year put me? Well, dead center in the top 100 WAR players in MLB history is one of my favorite players of all time, Chipper Jones at 85.0 – he accounted for 85 wins over his career. His position there is pretty safe, no currently active player over 30 has any kind of chance of reaching him.

He’s there because he was rock steady over his career. He played two positions well (defense helps immensely in WAR) and was startlingly consistent, even through injury. and, he could handle pressure – ask any Mets fan. He averaged about 4.42 WAR per season.

That’s what you should be looking for in an attorney. Contact us.