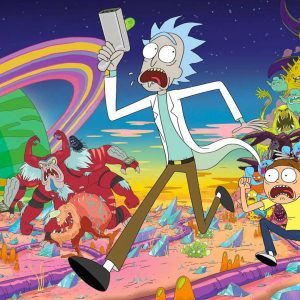 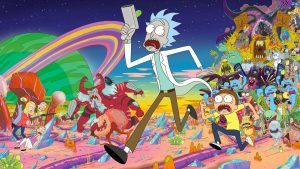 It took a cartoon – albeit, a funny, wicked, insane cartoon – on Adult Swim to bring home the type of client I don’t quite get. It’s a type familiar to most of us. They are separated – in word if not in fact – and definitely going to pull the trigger on a divorce and everything that goes with it … real soon. The problem is – and may always be – that there’s always a reason for not moving forward. On one side it’s a feeling of guilt and/or shame and/or abysmally low self-esteem and/or fear.

This is especially exacerbated where the other person in the relationship is the flip side of one or more of the above. This forms the basis of a codependency and I’m here to tell you that it is a bear to work with in family law.

I have a friend who filed for divorce five years ago. Then withdrew it. Then separated. Is now filing again. And … we’ll see. A former client dragged her separation out for over four years, every time we tried to address an ending (any ending, at that point) guilt and shame reared their ugly heads and we took three steps back from whence we came.

I tend not to dwell on these things, and usually do that pretty well, but when I’m zipping through channels at 11:30 at night and stumble across the awesome Rick and Morty and they are absolutely nailing it in a show about family therapy … well, I’m blown away.

For those of you who haven’t discovered it yet, Rick and Morty is insane, cynical, and brilliant. It’s loosely based on Back to the Future, with a kid, Morty, zipping around the galaxy with his grandfather, Rick, the smartest man in the galaxy – as he reminds us several times a show.

Their extended family is, to be kind, dysfunctional. Morty’s parents have passive-aggressiveness and great one-liners under their breaths down cold. Mid-way through Season Two, Rick’s had enough. He orders Jerry and Beth into his space car and takes them to a therapy planet with a 100% success rate repairing marriages:

So, that’s the set up. The therapist explains that “the next step is to watch your mythologs interact together. It’s never pretty, we need to remember that we are not the monsters we sometimes see each other as because we are real and we are functional, that’s what makes us better than them. We find solutions, we can adapt, we can communicate, and most importantly, we can work together.”

Great stuff, right? Beth and Jerry seem on the path to fixing everything. Until their mythologs interact and proceed to destroy the planet.

I can feel the same way when confronted with a client with codependency issues. My best bet, refer the client to a therapist. Rick has this to say about Earth therapy: “You might just as well ask a horse to fix a merry-go-round. I mean, he’ll try his best but mostly he’s just going to be horrified.”

It’s a great (deep, too) line but it’s not my experience. It can work, and boy do I need it with client’s codependency.