Opening Day and Dealing with Adversity 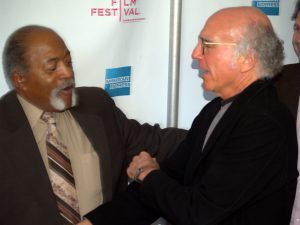 Happy Opening Day! Real spring is finally here with the first real baseball games. It just makes things … right somehow. Seven months now of nightly baseball, the absolutely best thing to have on in the background while getting work done. The only sport conducive to increasing productivity during the season. 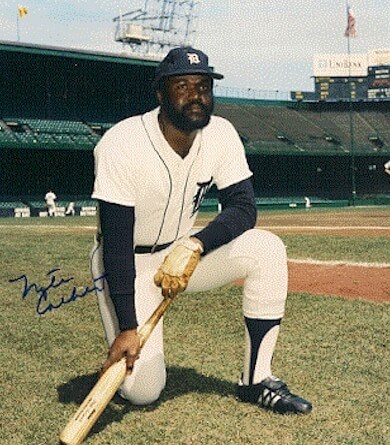 This is a baseball story. I don’t think it’s debatable that, as Ted Williams said, that baseball is mentally tougher than any other sport. One hundred and sixty-two regular season games, 500-600 chances a year to fail at the plate, 200 innings or more to get tattooed, 50-60 relief appearances a year to walk to the mound in front of 40,000 people, throw two or three pitches and blow the game.

Baseball is awash in pitfalls. Very visible pitfalls. Ted Williams was probably the greatest overall hitter to ever live (before you object, please look at his numbers, then recall that he lost five prime seasons flying fighters for the Marines). His lifetime batting average is .344. That means that for every thousand times at bat, he made 656 outs.

Good players handle the bad, great players smack it away.

I heard this story years ago, it has stuck with me for years for, I think, a lot of reasons.

In 1975 the (woeful) San Diego Padres traded one of their few stars, Nate Colbert, to the Detroit Tigers. Nate was a hulking first baseman who hit a lot of home runs in a very unfriendly home run park while sporting McDonald’s colors.

He did not get off to a great start, but he was usually a slow starter and no one was too concerned. Still, it’s always tough to go into a batting slump, even the best hitters have to fight back the nagging feeling ‘this is it, I’m done,’ after going 1 for 30.

Fourteen games into the young season the Tigers played the Red Sox. Luis Tiant started, finished, gave up one unearned run and lost 1-0. Colbert went hitless with a strikeout. After the game he went into such a tailspin that a month later he was released, went back to the National League and the Montreal Expos (yes, there was a team in Montreal) and was out of baseball a year later at the tender age of 30. A three-time National League All-Star, gone.

The story I read, somewhere in the foggy past, was that Colbert told Sports Illustrated that Tiant ended his career. He wasn’t beaned, he wasn’t intimidated, he was so utterly baffled, confused, and dazzled he never recovered his batting eye.

Odds are you have no idea who Luis Tiant is, despite the fact he won 229 major league games, was a renown big-game pitcher, and pitched until he was 41.

That describes exactly nothing when it comes to El Tiante. He was a whirl of motion when he pitched. He turned his back on the batter – completely. He looked up at the heavens instead of the general direction of the plate. Fernando Venezuela copied him and Ebby Calvin ‘Nuke’ LaLoosh in Bull Durham copied Fernando. Tiant was very much the original.

Tiant threw every pitch known to man, all at different speeds and arm angles. No one knew what was coming or where it was headed … remember, he never looked at the hitter. Batting against Tiant was an adventure, it was unnerving, discombobulating.

Colbert had never seen him never mind hit against him. Tiant may have destroyed his timing, he certainly destroyed his confidence at a particularly vulnerable time. Nate was facing enough adversity, Luis finished him off, however inadvertently.

Here’s the thing, though, about Luis Tiant: he had overcome adversity, soul-crushing adversity, more than once before he became a celebrated – to this day – Boston icon. The son of a legendary left-handed pitcher for the equally legendary New York Cubans of the Negro league, Tiant defected from Castro’s Cuba in 1961. He did not see his parents for 18 years.

He was signed by the Cleveland Indians, endured racism playing in the minors in Charleston, SC, exacerbated by the fact he was still learning English. Despite this, called up to the Indians in 1964 his first start was against the first place (of course) Yankees in Yankee Stadium. He won, a complete game 3-0 shutout, four hits (all singles), 11 strikeouts, beating Whitey Ford.

By the end of the 1968 season he was a a star, he won 21 games, led the league in ERA at a ridiculously low 1.69.  He set a slew of single season records. He was 28, almost exactly the same age Colbert was when he faced him for the first time, and the sky was the limit.

It fell apart quickly. Like Colbert, when Luis was 30 he was out of baseball. Arm and confidence problems fed on each other and he was a shadow of the player who strolled into Yankee Stadium and shut down the American League Champions. He was released in spring training 1971.

The Atlanta Braves took a flyer on the former 20 game winner and signed him to a minor league contract in May. He pitched well enough for the historically pitching-poor Red Sox to pick him up and assign him to their AAA team. He made it back to the majors with Boston in 1971 and he was awful.

Consigned to the bullpen at the start of 1972, at age 31, he pitched in relief in lost causes early in the season. But, he looked better. An injury here, an injury there, and he was a starter by June. He won 15 games and the American League ERA title. He went on to become that Boston icon and serious Hall of Fame contender.

I think our responses to adversity can define us over time.

I am very aware that every one of my clients is facing adversity. My hope is to help guide them toward the Luis Tiant response.