This is neither support or derision or anything in between for anyone running for the presidency this time around. But – you knew the but was coming – I can’t help but notice a certain behavior I see on a fairly consistent basis in my practice. It occurs at that point where someone in mediation has to – I mean, has to – cede a position and move on and they do. But can’t leave it be.

You know the type, they’ve agreed, made a point of making sure everybody knows how very much they turned themselves inside out to be so magnanimous, then bring it up time and time again, but usually in the context of, “Well, I had to do that, the rules were against me, it’s not fair, but the system’s rigged for (their particular circumstance goes here.)”

This stuff is everywhere now, it seems to have snuck into popular consciousness sometime over the last few years. Football coaches who complain that the other team ‘broke the spirit of the rules’ but not the actual rule, as if there are two separate rule books. Baseball pitchers who lost 9-1 but ascribe it to the umpire’s ‘tight strike zone.’ Politicians of every stripe embracing the rules when they win, bitterly grousing about how the system is rigged the minute they fall behind.

A loss is never a loss, giving up something in negotiations is never being smart, doing the right thing to resolve the matter, it was forced, ‘no choice’, ‘the system sucks, dude.’

The effects of this linger. In my professional life it means hard feelings and a tougher end game for everyone and, when children are involved, enmity that will not be shielded from the child. Said long and loud enough and it becomes self-perpetuating: “Gee, the only reason I see dad every other week is because the system’s rigged, dude.”

In politics, right now, it means candidates moaning and crying and doing real damage to their parties. The Democrats, the GOP, doesn’t matter, regardless of the results, as long as there is someone or some nebulous ‘thing’ out there to blame, no one thinks of the party that is, in theory, supposed to go on forever. That they aren’t thinking about the United States and you and I is implicit. 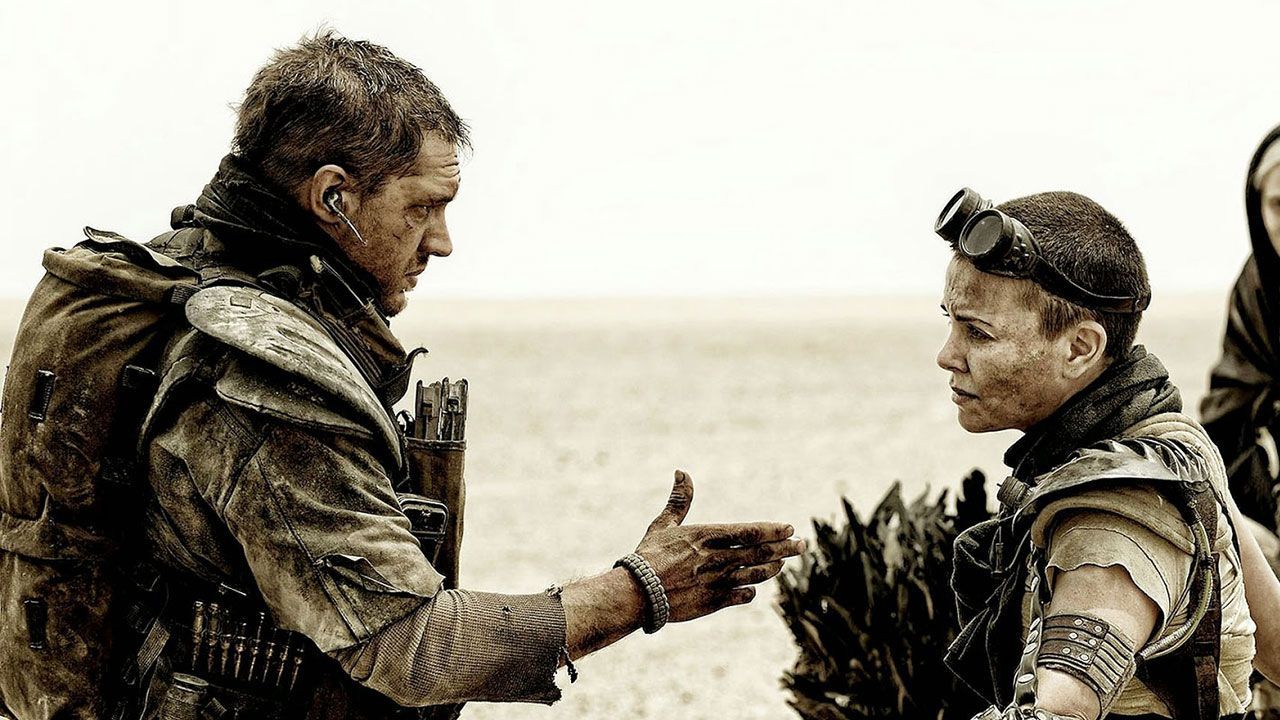 Which brings me, quite logically, to Mad Max: Fury Road. I finally watched it the other night, loved it, can see why it was up for so many awards. Zipping right past the great acting, the effects, the plot, the strong female character, and all the other things that put it on everyone’s top ten list and got it nominated for ten Oscars, I was struck – really struck – by a series of quiet moments.

No real dialogue, certainly no long explanations, and yet so much was conveyed. Not giving anything away for those who still have Mad Max: Fury Road queued up (watch it!), this is a story where people who don’t know each other are violently thrown together. They have to decide in an instant whether to work together or kill each other.

The film is full of small moments where a look passes between characters – the most poignant is between Charlize Theron and Tom Hardy in the middle of a high octane chase. They look, they take inventory, they decide to work together. After that the trust is pretty implicit.

This happens over and over again, is never expounded upon, just those simple looks. Not

everything goes well – some things completely fall apart – and yet there are no recriminations, indeed, it’s just accepted as the cost of … well, you’ll see.

There are certainly no excuses, whining, or what ifs. And despite all, no one complains about the system. They’re too busy worrying about the welfare of the others.

Here’s hoping I don’t have to wait for the apocalypse to see this first hand in practice.