Inside Sports and Family Law 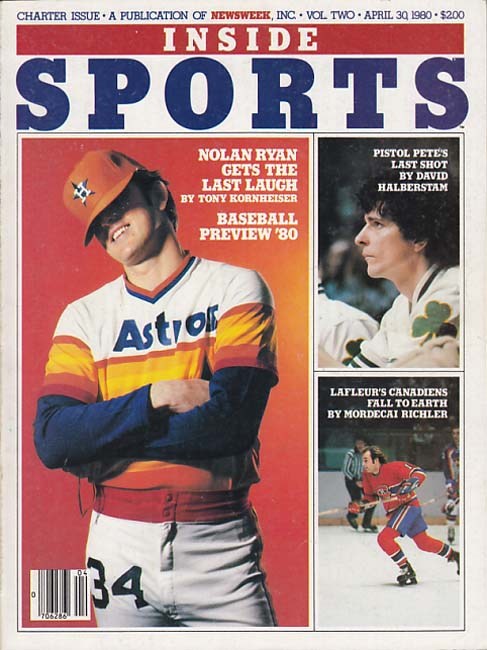 Back in the ’80s Newsweek launched a magazine, Inside Sports. It was a great magazine. It came out monthly and had articles from great writers, award winning writers, writers that were sports fans but not necessarily sports writers. A sport magazine with some literary aspirations, then.

It folded after about ten years, which was sad but not unexpected – Inside Sports almost perfectly mirrored the rise of ESPN from Canadian Football and Australian Rules Football reruns to dominating the sports scene.

I’m relaying this bit of trivia as a way of explaining that what I’m about to write can’t be backed up by any quotes or references. Inside Sports blinked out of existence before the Internet took over and things got digitized and archived forever. I can find some of the old Inside Sports covers on-line, but not an article lives on. And, that’s a shame because the piece I’m thinking about was brilliant, the kind that back in the day before something could be shared a hundred different ways in a nano-second was handed around groups of friends until it fell apart.

So, the article: it was about a boxer in the 1950s who just wanted one shot at taking on Rocky Marciano for the heavyweight title. This was a guy who traveled the country fighting wherever, whenever he could. Theaters, high school gyms, the occasional decent sized arena, maybe a rare Friday Night Fights TV appearance. His middle name could have been Undercard.

He was the guy, for a while, who up and coming contenders fought to move on. You know, “get by the Killer Swede and you’ll get at shot at the tenth ranked contender.”

I say ‘for while’ because it didn’t take long for the word to get out that while he was slow and clumsy, he was virtually impossible to knock-out. He could and would take as much punishment as anyone could mete out over 12 rounds or more. And still be standing.

There wasn’t much question a good, rising boxer would beat him on his way up the ladder. But fighting him was exhausting. He never went down and he never backed off.  Bashing him around to rack up points, then dancing away for the rest of the night was not an option, because this guy never went away.

So, thus far you’re probably thinking this a post about the virtues of ‘never giving up’, fighting it out to the end, and 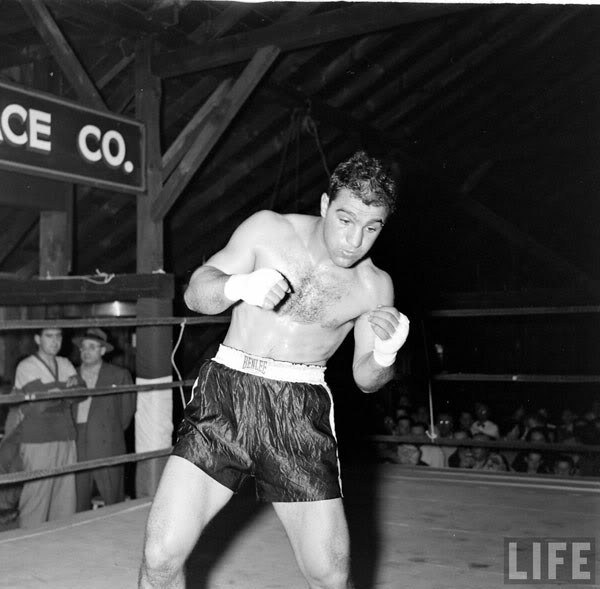 It’s not. If I was going to do that I would just recap last night’s Super Bowl.

Here’s the thing about our hero (I’m sure he had a great name, I don’t remember) – he kept boxing because he thought he was good. Strike that, he knew he was good. Despite the losses, despite the scarring, despite his blood soaked trunks, he was sure he was close to greatness. Every night.

He was as impervious to his mediocrity as he was to getting punched. As a matter of fact, being hit didn’t bother him one bit. He was convinced if he just took a few more hits from a few more higher ranked fighters he would rise through the ranks himself. I suppose he thought he’d be the Bizzaro World Heavyweight Champion.

Our guy had one goal in life, he wanted to fight Rocky Marciano. Marciano, in the 1950s, was as big a name as there was in sports. He was the champ and he was well on his way to a 49-0 record with 43 knockouts.

It was news of national import when Marciano didn’t knock an opponent out. Yet our guy, a human punching bag, begged and cajoled his manager for years to set up a fight with the Champ.

His manager, surely a patient soul, wouldn’t allow it. The punchline of the piece came toward the end, when our hero says, “Look, what are you worried about? Do you think if my grandmother punched me on one cheek and Marciano punched me on the other I could tell the difference?”

His manager thought for a moment and replied, “No, and that’s precisely the problem.”

Nothing much scares me in my practice. Except this. I never saw this guy box, but sure have run across the type – men and women – more often than I’d have liked. They are the client that fights for fighting’s sake, or over little things because in their mind everything is important. And they are impervious to nuance and loss.

I won’t represent this type of client (life is too short) but I do represent their spouses. When I run into them on the other side, I resent the fact that they force me to be Marciano with them. Though, I suppose, I shouldn’t worry, they don’t notice anyway. Contact us.