A Lawyer Story for the New Year 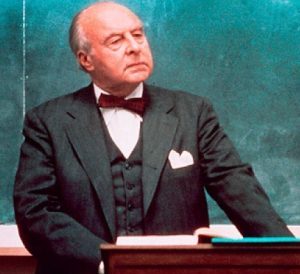 From a lawyer friend up north, :

I decided to get some writing done at Starbucks one recent late afternoon. It just seemed like a preferable alternative – coffee, headphones, no chance of being interrupted. I had been there a couple of blissful hours (way too much coffee, though) when around 5:20 a tall guy around 50, wearing a dress shirt and tie, no jacket, shirt sleeves rolled up, plopped down a couple of seats away, there was no one else near us. 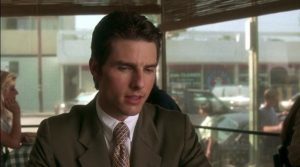 He sat, no coffee, put a thin file folder on the table, began to scroll through his iPhone, every sign of waiting for someone. That somebody showed up at exactly 5:30, (I looked). It was a guy, short, lean, with a perpetual scowl and the air of a problem child. (I know the type). He was in jeans and polo shirt. They obviously know each other, say their ‘hellos’, sorta shake hands, a few words are exchanged, they toss their keys on the table, and head out to the parking lot . . .

I know at once tie guy is a lawyer, polo guy is his client. They go get coffee, come back, sit and start talking. Loudly. They are 5 feet away and I can hear them over Nick Cave and the Bad Seeds … so I turn Nick off and listen … because why not, they’re intruding on the entire coffee shop, obviously not all that concerned with privacy issues.

Tie guy is indeed a lawyer, polo guy is a free-lance orthopedic surgeon being sued for malpractice by a guy who claims that his knee is screwed up forever. As someone with a rebuilt ACL, I am now totally caught up in it. Plus, they’re getting louder. Doc interrupts Lawyer’s every 10th word or so with the kind of verbose legalese only someone who has learned all their law from years of Law & Order repeats employs.

It doesn’t take long before Doc starts ripping through his notebook, tearing at the tabs, gesticulating, arguing points of law with all the finesse a doctor pretending to be an attorney can. He begins laying out his case, the one he has obviously been working on since he found out he needed an attorney. He’s getting loud, the baristas are noticing, everyone on my side of the store moves to the other.

Doc is halfway through a soliloquy of things Lawyer is missing when Lawyer stands. He picks up the thin file folder, removes one thin page. “I’m getting a refill,” he announces to the room and picks up his cup, “while I’m gone, read this,” he drops the sheet on the table, “it’s from the last depo, it’s the nurse’s – your nurse –  just read it …Want anything?”

Doc shakes his head, Lawyer heads for the counter, shadow of a smile playing across his face. Doc reads the page, his face turns white, he starts frantically flipping through the loose-leaf notebook. I’m immediately reminded of Professor Kingsford in The Paper Chase, “You won’t find the answer in the casebook, Mr. Brooks.”

Lawyer hung around the counter, when the barista asked him what he wanted he said, “A beer” before he handed her his cup. As she was doing the refill, Doc was packing up, thirty-pound notebook under his arm, he waved a weak goodbye to Lawyer and headed out. He left the thin file folder on the table.

That’s when it hit me that lawyer guy invited that guy to Starbucks because that was the best place to give him bad news and and keep him somewhat under control. Right from the Jerry Maguire playbook. Except done a lot better.