I’ve been posting a lot about various elements and issues involved in the mediation process. Here’s something that just occurred to me, the need to make decisions. I think people sometimes think that going into mediation somehow relieves them of the onus of having to make decisions. That, somehow, the process takes over and shapes and molds the final agreement without the need to make what can be gut-wrenching decisions.

That, of course, is not true, mediation requires decisions across a wide spectrum of issues. Decisions, then, have to be made often. I can’t make those decisions for my clients, I can only advise.

Here’s a story about decision making:

I have a friend who was a pretty good soccer player into his mid-40’s. In the late 80’s he was asked to play for a team managed by Tony DiCicco. Tony, you may know, became the coach of the U.S. National Women’s Team in the 90’s that won two Olympic Golds and the iconic 1999 Women’s World Cup. He’s now a soccer analyst for ESPN.

At the time, Tony was the Men’s National Goalkeeping coach. My friend was a keeper and well aware of Tony’s soccer pedigree.

It was, then, somewhat a stressful situation. It didn’t get any less stressful over the first weeks of the winter indoor soccer season.

Four games, four shutouts … and not a word, good, bad, indifferent, from Tony.

A nod before the game, a nod after but not a word.

It was somewhat unnerving for my friend, but a win is a win and a shutout in a 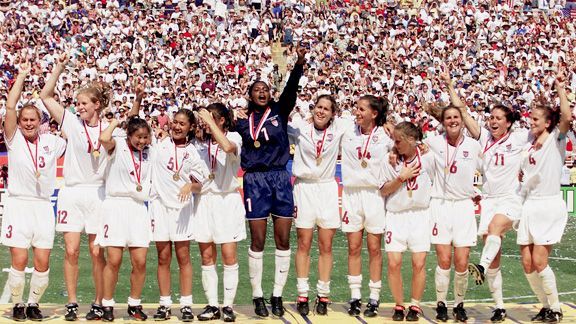 The fifth game was very different. He gave up a quick goal on a great shot – streak over, fine, the team scored two and all was right with the world.

Late – very late – in the game, the other team ran down the sideline, a midfielder took the ball to the corner, unleashed a vicious cross about twenty feet in front of the goal.

My friend came flying out at it, realized half way there he wasn’t going to make it, back peddled, stopped … and a soccer ball doing about 75 mph whizzed by his head on its way to zipping into the upper left hand corner of the net.

2-2 tie with the team they shared first place with.

This day, on way to the bar, Tony bolted over to him, put him in a bear hug and said, “Thank God you finally gave up a goal, now I can talk to you.”

“Forget it, great game,” Tony gushed and praised for a minute, then got to it, “so, about that goal -”

“Doesn’t matter,” Tony snapped, “I don’t care … the only thing I care about is this: make a decision – come out, come half way, stay on your line, it’s up to you – just make a decision and stick with it.

“You do that and I will always back you up, no one will ever second-guess you. Never … never don’t not make a decision again – then we’ll have a serious talk.”

It was a bit (lot) more profane than that but it stuck with my friend and he tells this story whenever there’s a situation that calls for decisions and people do anything but make them.

In other words, he tells this story a lot, because a lot of people are, for a lot of reasons, loathe to pull the trigger on a decision.

I said earlier that I can’t make a decision for a client. I can and am, however, more than able to be Tony – I’m here for my clients and will support their decisions. As long as they get made. Contact Us.