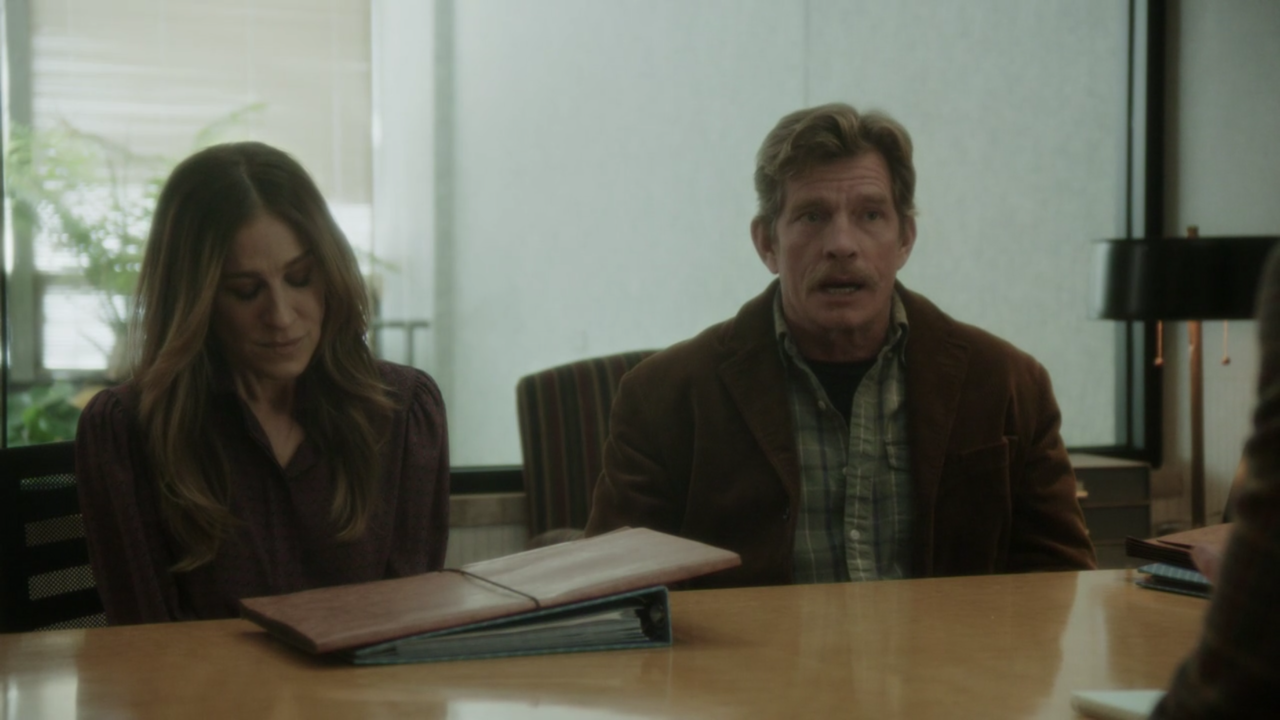 Mediation does not do well in popular culture. Movies, TV, streaming shows, divorce mediation is either short shrifted or outright slandered. Really.

Here’s an example from the completely odious and finally cancelled Divorce on HBO: First show of the first season, Robert (Thomas Hayden Church) and Frances (Sara Jessica Parker) decide to get divorced. Before they file papers, they give counseling a shot. To say it does not go well would be an understatement of epic proportions. It ends spectacularly and Francis and Robert move without hesitation from trying to work the marriage out through counseling to working the divorce out through mediation.

They don’t. They seem to be moving ahead perfectly, the mediator was great, and Francis and Robert were getting along better in mediation sessions than they had anywhere else so far in the show.

Then, Robert went out to a bar with a friend. You know the type of friend: the divorced guy. He’s an expert in divorce law, because he’s been through it. He is astonished that Robert would try mediation – Francis is the family’s main breadwinner, she owes him.

A line is floated out there: “In mediation one partner gets the cup, the other gets the coffee.”

And that’s it, Robert’s done with mediation, his friend and a few beers do it.

That really is pretty much popular culture’s take on mediation. And why not? Mediation doesn’t lend itself to drama the way litigation does. Working things out doesn’t make for entertainment. I think we spend a fair amount of our time explaining to potential clients that drama and entertainment are the last thing you want in YOUR divorce.

Imagine the New England Patriots playing the Los Angeles Rams in the Super Bowl. Everything, obviously, is on the line. But, here’s the thing, only the players are on the field. No coaches. No Belichick, no Sean McVay, no assistants, no coordinators. That’s it, the players are totally on their own.

This is precisely how some attorneys describe mediation to their clients. “It’s just you and your ex-spouse-to-be sharing a room with the mediator.”

It’s wildly inaccurate. Wildly. Because it totally discounts what should be intense preparation. Practice sessions, running through what-if scenarios, complete understanding of the rules, complete understanding of the consequences of every decision.  It neglects the fact that only court-ordered custody mediation puts you in a room with your STBX (soon-to-be-x) with a mediator and doesn’t allow your lawyer to be there.  In all other mediation scenarios, we lawyers go with our clients so we have the possibility of calling a ‘time-out’ and getting some solid sideline advice.  And when we are the mediators, we go back and forth between the rooms where each team is situated.

That’s how mediation with Triangle Smart Divorce works and what I guess I’m really saying is if you talk with a family law attorney who ever says anything like “You’re on your own in there,” you better run like you’re being chased by Jason or Freddy.

Mediation is not getting thrown into a room with your spouse and being on your own and it certainly isn’t anything like “One gets the cup the other the coffee.” Well, at least not with Triangle Smart Divorce.