On Hating the Patriots and Family Law Attorneys (trust me) 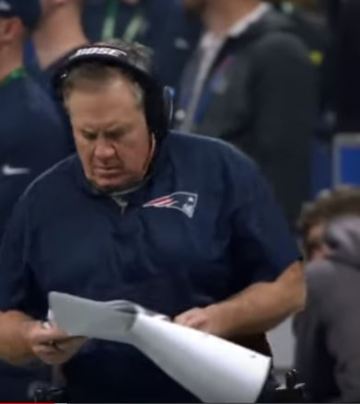 Yes, the New England Patriots and family law attorneys do have a couple of things in common. But first this: it’s a well known, easily understood fact that outside New England from roughly the the edges of the Connecticut river up, everyone hates the Patriots.

Oh, sure, there’s clumps of displaced New Englanders scattered around the country – there were certainly a ton in Atlanta for the Super Bowl, it sounded like a home game for the Evil Empire – but Patriots love is a fairly well contained disease. Which is fortunate, because the only known cure is back to back to back non-championship seasons, and, let’s face it, that will happen when doctors deliver the cure to Ebola. The Ebola reference in regard to Patriot fandom is totally intentional. But, here’s the thing; the Patriots are on year seventeen of the greatest run in NFL history and one that’s now up there with the ’50’s to early ’60’s Yankees, ’60’s Celtics, ’60’s-70’s Canadians. Of course, the Patriots are doing in it in the free agent era and in a league specifically designed to stop dynasties in their tracks.

If success breeds imitators, as it surely does in the NFL, a league renown for blindly copying winning teams’ ‘blueprints’, why haven’t two or three other teams  – I’m looking at you Carolina Panthers – had similar runs? Some teams have tried, they’ve hired a succession of Bill Belichick assistant coaches and Patriot executives to recreate ‘the Patriot way’ in, among others, Houston, Detroit, and Tennessee. Ask any Lions fan how that’s going. Indeed, the big turnaround by the Rams this year – hideous record to tied for for best record, second highest scoring team in the league, and Super Bowl appearance in two years – has already led to an NFL run on of young, offensive-minded head coaches. The more they look like Sean McVay, the better, too.

The Patriots just won the lowest scoring Super Bowl ever. The Super Bowl looked like a different sport from their first two playoff games where they scored 71 points. The game was, to quote everybody, boring. It was also a winning strategy. It was also about the millionth different winning strategy the New England Patriots have employed since it all started in the 2001 season. Over eighteen years the Patriots have never used one style of play or strategy. No ‘power sweep’ like the Lombardi Packers, no ‘West Coast offense’, no ‘Run and Gun’ like Jim Kelly’s Buffalo Bills. The Patriots change as circumstances and personnel – theirs and the opposition – warrant. Over the course of this run, aside from Tom Brady and Bill Belichick, only the uniform has been the same. (And, yes, I also hate the Flying Elvis logo). As a great article in The Atlantic put it last week:

. . . New England’s success is not reducible to any one style of play or strategic principle. Sunday’s was the lowest-scoring title game in NFL history, coming two years after the biggest championship comeback ever. The Patriots have featured stalwart defenses and borderline unrealistic offenses; they have favored the run and the pass. Sometimes these shifts have happened from season to season, sometimes from week to week. The team that scored touchdowns on five of its first six possessions in a divisional-round rout of the Los Angeles Chargers was entirely dissimilar, in everything but the final outcome, to the one that played in the Super Bowl.

There is no blueprint to copy when it comes to the Patriots. They are built on adapting.

Okay, but you said this had something to do with Family Law.

And, it does! And it’s pretty simple. There is no blueprint for Family Law, and anyone – friend, relative, attorney, guy at the end of the bar – who says differently is just plain wrong. Every case is different – EVERY case. You don’t use the same game plan – ever. Attorneys who work in family law every day know this and operate exactly like Bill Belichick and the Patriots, there’s a different game plan for every client that walks through the door. Sometimes it’s a ‘let’s score 40 something’ game plan, and sometimes it’s a ‘let’s confuse the living hell out of the opposing quarterback and win 13-3’ game plan. The client and the case dictate the approach. Always. Contact Us.