Wormwood and Not Letting Go 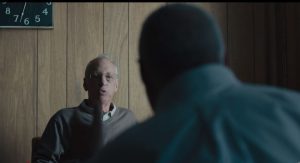 Netflix just released a six-part documentary by the estimable Errol Morris called Wormwood. It’s been critically acclaimed, justifiably I think, though I thought at one point that it may have been an episode too long. But, I’ve changed my mind on that, for reasons you’ll read below.

Wormwood is about the 1953 death of Frank Olsen in Manhattan. He ‘fell’ out of a 13th floor window at the Stadler Hotel. The family was told he had committed suicide. His employer reported that he had seemed depressed and upset and had recommended he seek counseling – which is why Frank was in New York to begin with. Frank’s employer was the United States Government. Frank was an army scientist who worked at Fort Detrick, Maryland, on the U.S. biological weapon program.

There things stood until the 1970’s when, in the aftermath of Watergate, Nelson Rockefeller was tasked with investigating the CIA. In the course of the Congressional hearings it emerged, quite unexpectedly, that Frank Olsen worked for the CIA and had been unwillingly given LSD, repeatedly, as part of an experiment gone badly wrong. Frank’s suicide was directly attributed to the drug.

In a stunningly groundbreaking move, the government admitted it’s mistake, President Ford apologized to the family in the Oval Office, they were invited to address the Congressional Hearings, and they were compensated $750,000 for the wrongful death of Frank Olsen.

So, as happy an ending as one could have hoped, right? Wrong, because despite the government’s admissions and the compensation, Frank’s son, Eric, who had harbored questions about his father’s death for years even while having very hazy memories of him, dove deeper still into it.

The rest of the documentary traces Eric’s ‘search for the truth.’ Eric is a constant presence through the documentary and it’s impossible not to be incredibly impressed by his obvious intelligence, erudition, and research.

For a while, at least. He raises the possibility that his father was murdered, some very competent lawyers join his ‘quest’, the Pulitzer Prize winning journalist Seymour Hersh pitches in and new facts are uncovered, and new theories abound.

It’s somewhere in this part of the documentary that you start to notice a few things. Eric went to Harvard, stayed for 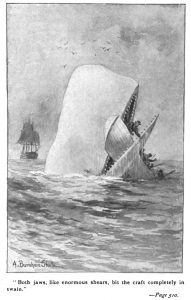 postgraduate studies and was developing his own theory of psychotherapy that looked impressive. But, he walked away after the Congressional hearings. He seemed to walk away from everything. His entire existence revolved around ‘getting at the truth.’ He’s the reason the story extends past the 1970’sand is still going strong.

Eric was obsessed. It becomes equally as clear that the people who are helping him, the lawyers, the New York Attorney General’s office, Hersh, are trying to tell him, without doing it directly, to let it go. Let it go and, implicitly, get a life.

At the end, the only one who puts it to him straight is Errol Morris, he asks him the question on camera. Eric replies, “I feel like I’ve let it go. But it hasn’t let me go.”

In the end, it seemed to me the entire show was really about Eric’s obsession. And that not only struck me as sad, but struck a chord as well.

In family law, at some point for everyone involved, the healthy, get-on-with-your-life-live-long-and-prosper moment is the moment you let it go. It’s done. That moment is hopefully long before Eric’s moment (if it ever comes) and before the whale gets you, as Captain Ahab would surely attest.