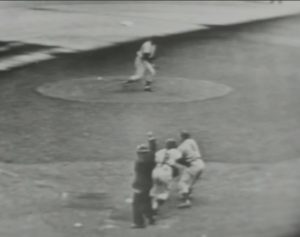 Perfection was trending last week. It was thrown around until it went viral in the wake of the death of two iconic sports figures. What do these two figures have with divorce? Or owning your divorce for that matter? More than you think, let’s talk perfection.

One, Don Larsen, was perfect for exactly 2 hours and six minutes on a perfect October afternoon in the Bronx in 1956. He threw the first and only perfect game in World Series history.

The other, David Stern, was the ‘perfect’ commissioner of the NBA for almost 30 years. He was instrumental in transforming the league into the international success story it is today (okay, the Hornets notwithstanding).

I was struck by the proximity of their deaths and the seeming dichotomies of their lives and professional careers.

Don Larsen pitched in the Major Leagues for 14 years. His lifetime record was 81-91. He pitched for seven teams. He was erratic on and off the mound. Mickey Mantle said he, “was the greatest drinker I’ve known.” You don’t have to know much about baseball to know what kind of standard Mantle was holding Larsen to.

In the 1956  World Series, Larsen started Game 2. He lasted just over an inning. He was awful. But, he had a manager, Casey Stengel, who believed in his talent. He had a Hall-of-Fame catcher, Yogi Berra, who believed in his potential.  He was tapped to start Game 5 with the series tied 2-2. It was the pivotal game.

He was perfect for one afternoon. Then reverted back to form for the remainder of his career. One perfect moment. Which he, by all accounts, cheerfully talked about for the rest of his life with anyone who asked. In the 1980s and ’90s, he and Yogi Berra hit the sports memorabilia circuit and signed baseballs and pictures together, all dated 10-8-56.

He had a nice post-baseball life. In 2012 he sold his uniform from that perfect day for $765,000 to pay for his grandchildren’s college educations.

David Stern’s professional life was meteoric. He took over a struggling, perhaps doomed to Roller Derby’s irrelevance NBA. How bad was it in the early 1980s? I have a friend in Connecticut who talks about driving around the Connecticut-Rhode Island-Massachusetts Tri-state area in 1981 trying to find a bar that was showing the Celtics-Rockets NBA Finals live . . . because back then the NBA Finals were on tape-delay at 11:30 pm after the local news – that would invariably report the final score.

Stern rebuilt the league. He backed Magic Johnson when he announced he had contracted the HIV virus – at a time when the general public still connected it with the plague. He created the 1992 Olympic Dream Team and launched the NBA to international heights. He made the NBA what it is today.

‘The Greatest Sports Commissioner’ who ever lived was featured in a dozen obituaries and thousands of Tweets (especially from NBA players past and present).

And yet, within hours of his death, the buts started. But “he let Oklahoma steal the Sonics;” “he fixed it so the Knicks got Ewing;” “he killed the Chris Paul trade;” “the dress code was racist;” and more.

The question that kept hitting me when I read their obituaries – there were a lot of them – last week was this: did the Perfect Game in 1956 define who Don Larsen was? Did standing next to HIV-positive Magic define David Stern?

I think a short summary from the Bleacher Report about Stern’s 30-year career sums both men up pretty well: “frustrating, interesting and certainly never boring” while adding, “with occasional bursts of brilliance.”

So, we go back to Joe Posnanski’s quote from his Don Larsen obituary in Bleacher Report. Don Larsen and David Stern are not defined by their best day. Indeed, who are we to even assume what their best day was? Or the worse?

Maybe a day in your life is just that – a day – and it’s the sum of them that makes a person.

This, I think, is so very important – if not vital – for everyone going, or about to go – through a divorce to keep in mind. Being divorced does not define who you are. But, how you handle yourself through it goes a long way toward that final summation. So what is holding you back from owning your divorce?

Triangle Smart Divorce is here to help you get through it all as, well, you. We will happily provide the support you need to start owning your divorce today! Contact Us.

Want to read more about Family Law? Check out the rest of our blog:

TIPS FOR SURVIVING THE HOLIDAYS

Want to talk to someone about how you could be owning your divorce? Schedule a FREE intake call with a member of the Triangle Smart Divorce Team to start the process of evaluating the best strategy for you!  Click HERE to schedule.