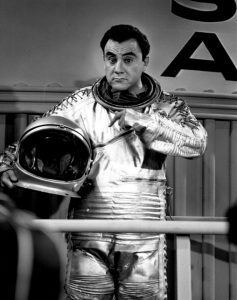 Bill Dana died last week. His death made some news, he had a pretty lengthy obit in the New York Times, but there were a few other things going on news wise, so it was easy to miss. What made it even easier was the fact that Bill Dana was only moderately well known .. as Bill Dana. He was better known as Jose Jimenez, the character he created back in the late 1950s that, inexplicably to our 2017 sensibilities, took America by storm. 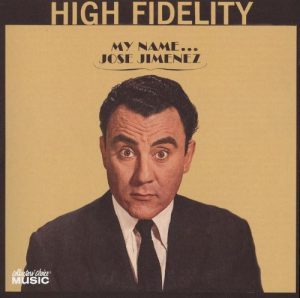 “My name … Jose Jimenez” was the catchphrase of the 1960s. Just watch The Right Stuff for a couple of minutes – Jose is everywhere, from TV’s in the background, to Alan Shepard’s (Scott Glenn) constant impersonations – the most memorable as he lands on an aircraft carrier.

Bill Dana was not Hispanic. He was born in Quincy, Massachusetts in 1924 and was of Hungarian Jewish descent. His father was an immigrant, Dana grew up in a melting pot city picking up pieces of Hungarian, Italian, and Spanish. In the 1950’s he got a job as a page at NBC at Rockefeller Center. He performed stand-up in his spare time, wrote jokes for other comedians – most especially for Don Adams of Get Smart fame – then started appearing on a number of NBC shows in the golden age of television.

He came up with the Jose Jimenez character for an appearance on the Steve Allen Show. It went as viral as anything could in 1959. Dana was recognized on the street, everywhere he went, as Jose Jimenez. Jose Jimenez made guest appearances on dozens of TV shows, then got his own show for two years.

He was BIG. Really big. TV, lunchboxes, record albums. Then in the late ’60s things began to change. Not Jose’s

popularity – that was always high – but the perception of the character, especially in the Hispanic community. A white guy from Quincy pretending to be a bewildered Bolivian (yup, Jose was from Bolivia, it was supposed to be part of the joke) learning the language and trying to eke out a living in the United States, was starting to be perceived as decidedly uncool.

Dana retired Jose in 1970. Actually, he killed him off and held a funeral for him on Sunset Boulevard that was attended by thousands.

So, of course, when Bill Dana died last week the headlines were all about Jose Jimenez. The rise and fall of an icon, brought down by an early form of political correctness. ‘Offensive’ was very prominent in many of the obits.

It would be easy – as more than a few commentators have – to assign the 2017 offensive elements of Jose Jimenez to his creator. The ‘look at this guy from Massachusetts cashing in on a stereotype’ jerk, pretty sad that’s what it took for him to be famous.

Okay, let’s stop for a minute here. Because this is what happens in life and most especially in relationships. People get caught up in the obvious, stuck in set perceptions and preconceptions that have been formed any number of ways. That doesn’t mean that they’re right, it doesn’t mean that they’re wrong, but it almost always means that they are narrow.  That necessitates stepping back and examining the whole person, the whole story.

So back to Bill Dana. Let’s fill in the rest, the parts you had to read very far down the page of the obituary to find. Bill served in the infantry in Europe during WWII, he was awarded a Bronze Star. He graduated Emerson College. He was whip smart.

He voluntarily shut down Jose, the way he did it was a resounding success with the Hispanic community, so much so that he was awarded the image award from the National Hispanic Media Coalition. 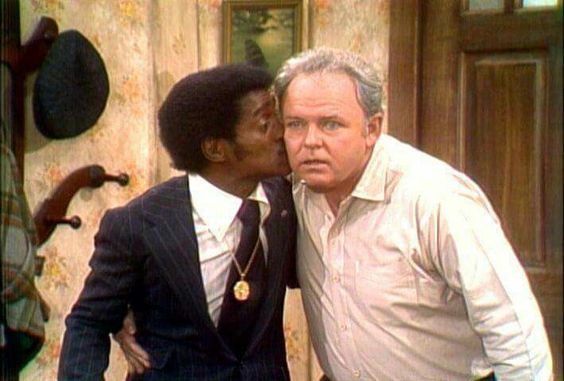 Mostly though, there’s this: Dana wrote for a lot of TV Shows. He wrote what was perhaps the most iconic – and shocking for it’s time – TV script of the 1970s. Bill Dana wrote the Sammy Davis Jr. episode of All in the Family. The one where Sammy kisses Archie in the final shot.

There was so, so much more to Bill Dana than Jose Jimenez. That’s hardly unusual. When dealing with other people, especially in family law situations, it is wise and it is healthy to remember that lesson and cast preconceptions aside.

That said, we can’t leave you without relaying one of Bill’s greatest bits, from the Steve Allen Show:

“I understand you own a ranch.’

“‘No. Not many survive the branding.'”