The Gordian Knot, Captain America and Kirk, and Elegant Solutions 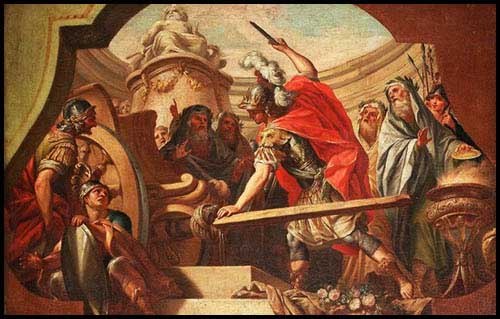 We all know the story of the Gordian Knot – the impossible puzzle that baffled the greatest minds of the Ancient World until Alexander the Great employed one of the first life-hacks ever recorded and cut it with his sword.

When the story’s told that way, the inference is clear – direct action is the most effective action. You know, as a man of action, world conqueror, Alexander couldn’t be bothered with the niceties of an intricate intellectual puzzle.

Well. maybe. First – here’s what the Gordian Knot was: way back, long before Alexander, Telmessus, a city in what is now central Turkey was without a king. An oracle (this is a Greek Myth, there’s always an oracle) decreed that the next man to enter the city in an ox-cart would be king. Enter Gordias, a farmer. He undoubtedly was coming to town to sell some fresh produce, he had the good fortune to do so on an ox-cart. He was immediatley declared king. His son, Midas (yes, that Midas), was so pleased to find himself so suddenly a prince, dedicated the cart to Zeus and tied the cart’s yoke to a post with ‘the knot.’

The problem was legendary, the first person who could find the two ends of the knot would be the first person to solve it. Another Oracle predicted that whoever did so would rule Asia. Or have many military victories. Or a hundred other rewards, it’s hazy.

Or it was until Alexander the Great came along during one of his campaigns. Once he solved the problem, it was definitely ‘rule Asia.’

So, Alexander hacked through the knot and picked up both ends and won. Except, he almost certainly did no such thing. Alexander was a student – a good student – of Aristotle and as such he employed a much more subtle solution. 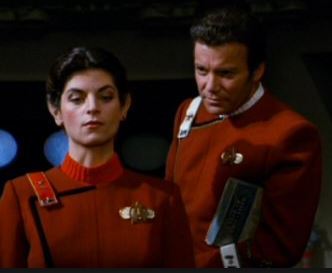 out. Done. He did pretty well for himself for years after until, as Hans Gruber tells us, he wept for having no more worlds to conquer.

Alexanders real solution to an unsolvable problem has been emulated in fiction through the ages. Think Captain Kirk’s solution to the no-win Kobayashi Maru scenario (he changed the computer program). Better yet, Steve Rogers, He got the opportunity to become Captain America because he directly emulated Alexander – if you remember the (first) movie, you’ll remember the greased flagpole problem. Here it is below, it’s the closest thing we have to actual footage of Alexander and the Knot.

In psychology there’s something called the elegant solution. There’s a few different definitions, needless to say none of them included slashing at the problem with a sword. The best definition: The solution to a problem with the minimum effort to produce the best result.