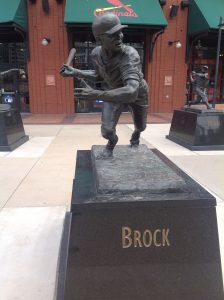 The baseball trade deadline is this afternoon. Big day for Major League Baseball, the ‘deadline’ has been around since the 1920s and almost always sees one or two jaw-dropping, ‘how can they do that?’ or ‘our season is over!’ trades, sometimes as the clock ticks down. 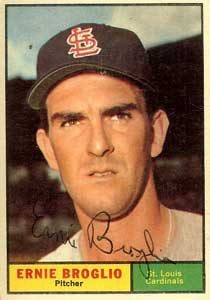 Fans will tell you that the perfect trade is the one where the other team got totally, completely ripped off. They – and local beat reporters – will luxuriate in a blatant theft. As a Chicago sportswriter wrote after a deadline deal between the Cubs and Cardinals: “Thank you, thank you, oh, you lovely St. Louis Cardinals. Nice doing business with you. Please call again any time.”

‘Jeff Bagwell for Larry Anderson‘ is still lamented throughout New England. That was a 22 year-old about to be Rookie of the Year, future Hall-of-Famer, traded for a 37 year-old middle relief pitcher who appeared in a whopping 15 games, lifetime, for the Red Sox.

The Houston Astros pulled off that highway robbery in 1990. Word has it they snickered about it for the next 15 years- Bagwell’s career with the Astros, the only team he ever played for. That’s the kind of deal, and reaction to said deal, that makes every potential trade partner at best skittish for a very, very long time. No one wants to be that Red Sox general manager and spent the rest of their life trying to rationalize a trade(as he did, sadly).

On the flip side, no one wants to have a seemingly one-sided deal blow up in their face. That ‘lovely St. Louis

Cardinals’ quote above? That was written in 1964 after the Cardinals traded 18 game winning pitcher Ernie Broglio to the Cubs for extra-outfielder Lou Brock. Broglio won an additional 7 games over the remainder of his career, there’s a statue of Lou Brock outside Busch Stadium, right next to fellow Hall-of-Famer Stan Musial.

‘What did the Cardinals know?’ was the theme about six months into this deal, right after the Cardinals, with Brock leading off, won the World Series over the Yankees. For years, you traded with the Cardinals at your own peril.

Flash forward to this years MLB All-Star Game. The Houston Astros, defending champs, had six players on the American League squad. Four of them came in trades, acquired by Astro’s GM, Jeff Luhnow. Also at the All-Star game were four players Luhnow traded away. He’s thrilled to see it.

Luhnow is well-known to fully scout teams looking not only for players he wants but for what that team needs. His goal is to help both teams. Because … then everyone wants to deal with you.

“The reality is you make trades, you try and get what you need, you try and help the other team get what they need – and the more our players have success in other environments, the more likely those other teams are going to want to do deals with us.

Other teams are going to say, ‘Hey, you can get a good return from the Astros who could end up being a big part of your team when you need him.’ That’s a benefit for us.”

That is, of course, a benefit for both teams.

If you’re in a family law situation and negotiating with the other side, these are words to live by.

If you’re looking for an attorney, these are the words you want to hear.