Thoughts While Watching the NCAA Tournament

So … watching a lot of basketball these last few weeks. A lot of basketball. Along with a good chunk of most of the people I know. Three weeks of win and move on, lose and go home. That’s it. Sixty-seven of the sixty-eight teams invited to this tournament will have exactly the same experience when a final whistle blows. They lose and go back to their campus.

Maryland was blown out by Xavier, SMU lost at the buzzer to UCLA, Providence blew a 17 point lead late in the second half and lost to USC. Maryland, SMU, and Providence are at home watching the games the same as the rest of us, it’s lose, go home, no style points. 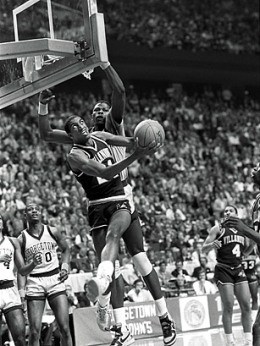 A friend of mine, a lawyer of sorts (it’s complicated) was talking to a lawyer friend last week about a client he had run across. The woman had received a three page letter from her attorney telling her where her law suit – a business matter – stood and she needed a ‘translation.’ My friend shared it with his lawyer friend because … well, here: “For two and three-quarter pages,” my friend explained, “the law firm’s letter reiterated how strong her case was, how much the judge ‘got’ her points; how much he empathized. The judge’s written decision showed he was on her side in all of it, really didn’t like the defendant and her lawyers. He clearly wanted to not only find for her, but to really punish the defendant.”

“And the last quarter of the letter?” His lawyer buddy asked.

“You lost, you played great, and the judge wishes you won.”

His friend thought for a second, then, “That’s like telling Princeton – hey, you lost at the buzzer to Notre Dame but, you know what? We’re going to fly you to the next round so you can watch the teams that went through.”

Win and move on, lose and go home is suspenseful and riveting and should be confined to sports and very few other human endeavors. It certainly shouldn’t be anywhere near a family law matter. With children, with your life, it isn’t worth feeling like the other 67 teams will feel a week from tomorrow night. It’s not even worth taking the chance.

I do as much mediation as possible because it’s not about winning or losing or even playing a game, it’s about working toward a new life.

Call us anytime if you want to talk about your plans. Or UNC winning out. Because … they are.