‘My Day in Court’ and Inigo Montoya

I get this from clients on an almost daily basis. It isn’t necessarily stated exactly like that, but the tone and inference is clear – ‘the judge will get me, she’ll know how wronged I’ve been … I’ll be vindicated (or similar verb) . . .’. You get the picture. 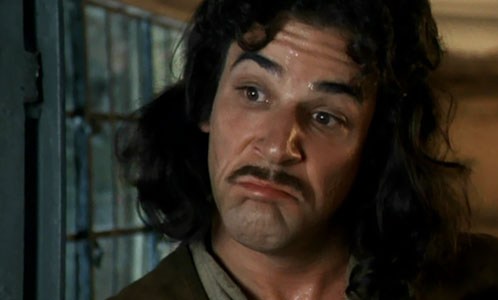 When they finish, I wait a short moment before I paraphrase The Princess Bride’s Inigo Montoya: “About going to court – ‘I do not think it means what you think it means’.”

You see, too many clients think court and conjure up clean, quick images from Law & Order, or any dozen or so other TV shows where everything is solved in a nice, tidy hour or ninety minutes.

There aren’t any shows about mediation. It’s what I do and I’ll be the first to admit I’d be bored stiff watching it. And that’s the point. Trials are inherently dramatic, mediation is not. Trials are in your face, conflict ridden, win or lose, propositions. Mediation is working it out.

Trials are about the single minded quest for validation, or, way too often, revenge. As to that, Ingio Montoya is even more to the point, “There’s not a lot of money in revenge.”