You Have One: Even If You Don’t Know It

If you’re currently married or have been married in the past, you’ve been there: at the altar staring at the love of your life, looking forward to the future years of marital bliss. A premarital agreement is probably the last thing on your mind. Are you asking yourself, “Do I need a prenup?” After all, that’s only for rich people, or for those who have already divorced. Right?

In today’s world, premarital agreements are becoming increasingly popular, especially as millennials tend to marry later and wait longer to start having children. A premarital agreement (also known as a “prenup”) is a contract couples enter before marrying. It addresses each partner’s rights and obligations should their marriage end in divorce. While historically, prenups were considered to be precautionary measures taken by those with wealth and property to protect, recently, they’ve become more commonplace.

Many engaged couples are skeptical of premarital agreements for a variety of reasons. They operate under the belief that they are only for those who don’t trust their future spouses. Or they think they are immune from marital problems.

Or they simply fail to appreciate the potential benefits of planning ahead. There’s no question there is a stigma attached to bringing up the topic.

However, even without a formal agreement in place, married couples already operate under a premarital agreement, albeit an unwritten one. Because of the marital relationship, any property the couple acquires during their marriage is legally deemed “marital property.”

North Carolina is an equitable distribution state, which means in the event of divorce and absent of a prior agreement, a judge will divide a couple’s assets in a way that he or she determines is fair to each party. The default assumption is that it is fair to split the couple’s marital property 50/50, but courts may consider various factors such as the age of each spouse, their income and earning potential, and their contributions to the career of the other spouse. However, in cases where one spouse brings a substantial amount of property and/or wealth to the marriage (or even debt), this can throw open the floodgates to serious drama and conflict because of co-mingling of assets or marital funds paying off separate debt.

That begs the question: what’s the better option? Leaving the outcome up to a judge who will impartially interpret the law (and hold on to the hope beyond all hopes that you and your spouse are simpatico on the equitable division front)? Or, doing the advance work to craft a mutually-acceptable written agreement before the you-know-what hits the proverbial fan?

This is up to clients to decide, but it’s worth examining the landmine issues that can trip up well-meaning spouses when they find that their marital bliss has devolved into conflict.

Here are just a few.

Retirement seems straightforward. You work your entire life so that you can then buy that mountain home and spend your days fishing and hiking. But everyone’s dream retirement scenario is not the same, and without discussion and planning this issue can become complicated very quickly. For instance, are both spouses working and saving for their own retirements? Has one spouse saved substantially more than the other? Will one spouse continue to work during retirement, and if so, will that spouse’s income support the couple as a whole? Does one spouse have a pension or other retirement benefits that existed before the parties were married? If so, how will the couple use that income when one or both retire?

Without taking the time to address these questions and secure a plan, what should be your “golden years” can quickly become a nightmare.

Nobody wants to assume the worst. You always hope that your parents and in-laws are financially stable and can provide for themselves. However, due to lack of planning, health reasons, or otherwise, parents and in-laws sometimes need support from their adult children.

While one spouse might be quick to jump to an elderly parent’s aid, it’s important to make sure that the other spouse is on board. Extended family can be a landmine: without a solid plan on how a couple can and will support parents or in-laws financially or otherwise, couples set themselves up for decades of strife. After all, having in-laws as indefinite, rent-free roommates doling out free marital or parenting advice is enough to strain any marriage.

Inheriting money from the passing of family members is another issue that newly engaged couples are likely to sweep under the rug, especially when they are young and financially naive. Particularly if the members of the couple come from starkly different financial backgrounds, each spouse is likely to make different assumptions about how to handle any wealth they may acquire down the road.

Couples should be open about the type of assets that are in their families’ estates. For example, inheriting real estate or a business can carry different emotions than simply inheriting investment accounts or cash. An inherited vacation home that has been in the family for generations might be precious to one spouse but an obvious cash-cow for the other.

The spouse whose family provides the inheritance will potentially express their wishes for how the money is to be spent, usually through a will or trust. However, whether or not you have this direction, it’s worth taking time to consider how you will handle any inherited assets before they become a source of disagreement. Not to mention you may inadvertently convert separate property (which inheritance is) into marital property simply by purchasing a house and holding the title as tenants by the entirety.

Her business is my business, right? In North Carolina, once a couple is married, the assumption is that any appreciation in a business owned by one spouse is considered marital property. As such, if you enter the marriage as a business owner, upon tying the knot, your spouse may have an equitable interest in that business, even if he or she does not understand the industry or even work for the business.

The issue of dividing the marital portion of a business becomes even more complicated when the business involves a professional license like a law degree or CPA designation. Even if the non-owner spouse is not licensed in that same profession, without an agreement in place, he or she would likely be entitled to lay claim to any active increase in the value of the business that occurred during the marriage, as well as any passive increase after the separation. Try explaining that to your business partner.

This issue can be ripe with conflict if one spouse enters the marriage with a pile of student loan debt, credit cards, or any other unsecured debt. It is important to be truthful with your future spouse about your entire financial picture, including all of your liabilities.

Without disclosing this information, your future spouse might assume that these debts do not exist. Forming a plan for how you will handle the debt–and who will be responsible for paying it–is vital to both financial health and marital harmony.

Some newlyweds may own a home before getting married. Just like in the business example, the active increase in the value of the home (through mortgage paydown OR increasing the square footage of the home OR a major remodel—all paid for with marital funds or accomplished with marital efforts) is subject to equitable distribution. Yes, that’s correct. Without a premarital agreement in place, your new spouse will be entitled to equity in your pre-marital home. And if you go so far as to retitle the property as tenants by the entirety during a refinance (or for estate planning), you will have been presumed to have made a gift to the marriage. Rarely are your siblings happy with you if the family homestead has to be sold in your divorce. With proper planning, you can avoid this result, though.

Get your ducks in a row before you tie the knot. 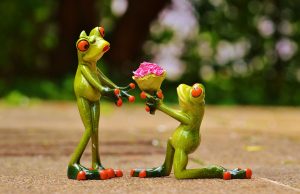 Whether you’ve thought about it or not, the unwritten premarital agreement many couples have in place is simple. It states: “The judge decides.”

Without a mutual agreement in place, you do not have complete control of your assets, retirement, or your future in the event of divorce. Premarital agreements are a smart planning tool to proactively put the control in the hands of you and your spouse before you say “I do.” Why not start your life together with financial clarity?

For more information on North Carolina divorces, check out the latest on our blog:

Will You Have to Pay Alimony to Your Ex-Spouse?

Should I Keep The House?

How to Hire A Divorce Attorney without Going Bankrupt

Want to talk to someone about if you need a premarital agreement? Schedule a FREE intake call with a member of the Triangle Smart Divorce Team to start the process of evaluating the best strategy for you!  Click HERE to schedule.