Lawyers, Math, and the Odds

This week’s blog was co-authored with Sarah Poriss, a Foreclosure and Consumer Debt Attorney in Connecticut.

In a perfect world, any half-way serious review of fast food burgers from around the country would rank the A&W Third-Pound burger right up there with In N’ Out and Shake Shack. By all reports the Third-Pound was a burger among burgers. Fresh, grilled, delicious, and it was priced below McDonald’s latest, and biggest seller, the ubiquitous Quarter Pounder (0r, as Vincent Vega would say, the ‘Royale with cheese’). 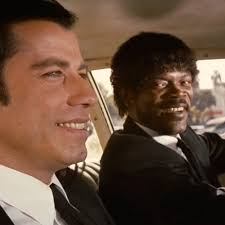 We’d go for one now, it sounds that good. Except we can’t – and that has nothing to do with the fact there are a whole lot fewer A&W’s around these days than in the early ‘80’s.

It has everything to do with the fact the Third-Pound was a miserable failure. Sure, it was big, sure it was fresh and delicious, sure it was cheaper than a Quarter Pounder. None of that mattered, what mattered was some 40% of the hamburger eating public believed that the Third-Pounder was smaller than the Quarter Pounder. Because 4 is greater than 3.

This happened in the mid-Eighties. It’s hardly a stretch to say that America’s grasp of mathematics has not improved since the A&W fiasco.

We are both lawyers, albeit with very different focuses. We both need math – we deal with a variety of financial issues, sometimes complex. But we deal with it. Even though we have the Dr. McCoy excuse – “Dammit, Jim, I’m a lawyer not a mathematician.” 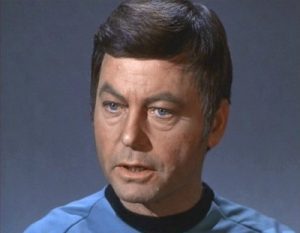 While true, when confronted with a knotty financial issue that pops up during a foreclosure or compiling a divorcing couple’s assets, we do the math. It’s never as hard as it seems before we start.

Getting clients to do the math, though is sometimes daunting. We need forms filled out and basic calculations made before we can do much. But, it’s math, and the forms look imposing, and it’s personal and in many ways it represents a finality – of a marriage, of a home. So, no one’s rushing to get it done.

That’s all fine and, somewhat, to be expected. We cajole and remind and bug and get it done.

We’ve been practicing long enough and intensively enough in our respective areas of concentration to be able to answer this and be pretty damn close. If we answered. But, we are loathe to do so. Because if it’s true that the average American is not good with math, then it’s even more true that they are really bad with odds.

Not sure about this? Well, poll your friends after the local weather guy predicts a 70% chance of rain and nothing beside a few black clouds roll overhead. You’ll find that a more than a few will complain about the ‘blown’ forecast. In any group of friends and acquaintances, by the way, there is always at least one person who will say, “Ha! They always get it the forecast wrong!”

The weatherperson didn’t get it wrong, of course. Because there was a 30% chance of it not raining. Not insignificant.

As most legal matters are just a little bit more important than a rain shower, you could see where giving odds could be problematic.

Then, there’s the flip side of this. The Patriots just won a Super Bowl after being down 25 points in the third quarter. At the time, the odds (they were calculated online as the game went on by various sites) gave them a .4% chance of winning. When they were down 28-20 with four minutes left, they had an 8% chance of winning.

Rare is rare, but there’s no telling when it might pop up.

Which leads to another math problem for lawyers. Instead of the Third-Pound Dilemma, it’s the ‘So you’re telling me there’s a chance dilemma’, watch:

Put these two dilemmas together and we think you’ll understand why we are really, really careful answering ‘what are the odds’ questions. Contact us!