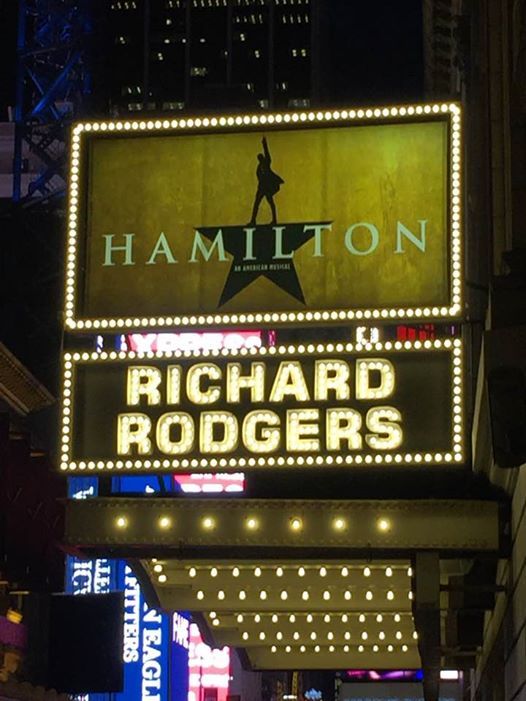 I saw Hamilton on Broadway last week – it was everything we expected and more. Just a fantastic experience, sign me up for when the traveling show hits North Carolina.

Does this happen to you? After I see a movie, show, TV series, etc., about something or someone historical, I like to look it up and see how much of what I just watched was true. Even though I had read parts of Ron Chernow’s Hamilton, I was curious about a couple things. So, I looked and while I was doing so it really hit me that finances were the bane of Alexander Hamilton’s life,

The irony, of course, is delicious, the guy who designed the monetary system and early economy of the United States wallowed in debt and seems to have had a hard time balancing his checkbook. At the very least, it’s an interesting juxtaposition.

It’s startlingly clear to me that Alexander and Eliza Hamilton would certainly have been divorced if they were around anytime over the last sixty years or so. Divorce was simply not a option for them in the 1790s. The reason for their split wouldn’t have been Alexander’s affair with Marie Reynolds –  Eliza seemed to have genuinely forgiven him – but money.

Money issues (in all their forms), you probably know, is one of the leading reasons for divorce. The Hamiltons had them in spades. Alexander Hamilton grew up in great poverty, Eliza’s family was one of the richest in New York. So, the potential for problems was there from the beginning. Alexander was morally (and probably politically) opposed to accepting financial help from Eliza’s father, Philip Schuyler.

Alexander was important and had to live that way – nice house, horses, carriage, travel, dining, the works. Eliza was 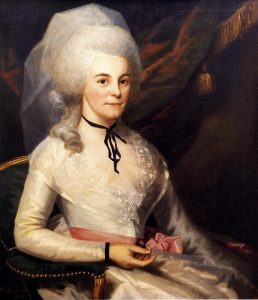 expected to entertain. Lavishly. Alexander was hardly making money as Secretary of the Treasury, yet he was expected to act and live like a gentleman. Gentlemen in the 1790s did not overtly work. Not even in professions like the law and medicine.

Alexander needed to live as a gentleman. At the very least, his position demanded it. Credit was his only avenue to maintain his ‘gentleman’ status. The Hamiltons were in chronic debt through the 1790s, right up to the duel.

It should be noted, Alexander’s affair with Maria Reynolds plunged Hamilton deeper into debt, Reynolds’ husband, James, cemented himself as one of the great cads of early American history by blackmailing Alexander. He started with an initial $1,000 (about $14,000 in today’s currency) and smaller amounts – $30, $40 – thereafter. Add that to the stress on his marriage and, well …I have to wonder what the Hamiltons would have done around 1793-94 had divorce been an option. Then I wonder if they would have worked it out in mediation. Then I wonder about what those sessions would have been like. Bet if I represented Alexander, Eliza would have shown up with, you guessed it, Aaron Burr.

If any of this hits a little close to home, don’t metaphorically row over to Weehawken to find a solution, contact us.