Of Zeros & Dogma (part one) 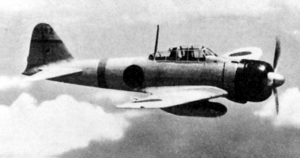 A friend of mine is doing some research for a novel that will take place during World War II. He’s reading Rick Atkinson’s Pulitzer Prize winning trilogy about the US Army against Germany while listening while he runs to Ian Toll’s history of the War in the Pacific. He’s interested in something a little different, exploring the emotions and feel of the time, particularly 1942-43, a time he thinks Americans have lost sight – it was a time when winning the war was far, far from assured.

It was a time of uncertainty and stress and, well, everything else you can think of while Germany and Japan were running wild over most of the globe.

So, when he came across this nugget (the first of a few), he called to share, because he was pretty sure these are things that I see in my practice, for the simple reason they are just part of our DNA. He’s very much in the camp of ‘the past isn’t dead, it isn’t even past,” so …

The Zero. The Japanese designed and built the Zero, the finest fighter in the world when it came out in 1940, almost totally off the grid. Not only did no one in the West know the Japanese were building an air force comprised of planes of their own design, they doubted that the Japanese could do more than take off and land. “The Japanese are physiologically unsuited to be pilots.” “The only planes they can build are cheap imitations of our ‘real’ planes,” and more was the dogma of the day.

Then the Zero came out in August, 1940. It made it’s debut in China, it could out climb and out maneuver any plane in the world … and it packed a punch. Through the rest of 1940 and through 1941 Zeros cleared the skies of everything the Chinese flew, including the U.S. volunteers flying for Claire Chennault’s Flying Tigers. In that time not a single Zero was shot down in aerial combat. That is not a misprint.

General Chennault was impressed. He issued orders to his pilots, “Never ~ never ~ dogfight a Zero. Always fly in pairs, never get separated.”

As importantly, he sent detailed intelligence reports to Washington on the Japanese’s amazing new weapon. In-depth discussions on the Zeros specs and what could be done to stop them from shooting down everything that flew.

All things that, when adopted, led to the end of Zeros ruling the skies. Unfortunately, they were independently adapted months after Pearl Harbor after the death of hundreds of pilots and the loss of hundreds of planes ~ Chennault’s reports and analysis and recommendations had been tossed, they didn’t support current dogma and no one in the peacetime military was remotely interested in rocking the boat.

So, yeah, dogma. Strict adherence to a belief system in total disregard for changing facts and conditions. It is the enemy in family law. It’s certainly the enemy in mediation.

There”s a flip side this bit of history. Remember that 18 month period where not a single Zero was shot down? Turns out that was a problem. Great machines, revolutionary in fact, but not tested through months and months of service. The Japanese did not discover their flaws – lack of armor, no self-sealing fuel tanks, the inability to take any kind of combat punishment – until it was too late.

To paraphrase Hemingway, it’s the hits that make us strong.