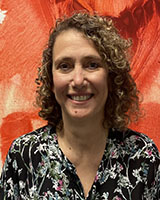 Lisa LeFante joined Triangle Smart Divorce after a twenty-one-year courtship that was as inevitable as it was drawn out. Twenty-one years. That’s how long Lisa has known Jenny Bradley. They hit it off from the start, so much so that they will both tell you that they taught the other everything they know about Family Law.

Lisa brings a wealth of Family Law experience to Triangle Smart Divorce. She began her law career in 1989 and has focused almost exclusively on the many complexities and intricacies of Family Law as a member of the New Jersey, North Carolina, and United States Supreme Court Bars.

Instead, we’re just going to point to her fervent belief that the best film of the last twenty years is Dodgeball: A True Underdog Story.  Somehow, that says it all.

When not imparting more wisdom to Jenny, Lisa is guiding her two children in their young adulthood. Luke will be starting at VMI this fall on a lacrosse scholarship, and his sister, Kylie just graduated from App State. Lisa and her husband, Dave, also have two indifferent cats and a black lab called Thor, short for Thurgood.

Two more things: Lisa is a teammate of Jenny’s on the Bad News Barristers, the seven-time champions of the Wake County Bar Softball League.  They were also teammates on a local softball team, The Gimps, until Jenny decided she was too gimpy to play in two leagues. If she couldn’t be an attorney, Lisa’s dream – and this may say as much about her as her favorite movie – would be to be a singer, despite the fact she absolutely cannot carry a tune. A fact that would not stop her for a minute.